I know I haven’t posted in a  while, but now that my school is officially done, and the craziness of Mens Fashion Week is done, I’m ready to go back home for the summer and soak up some sun.  If you follow me on Snapchat you would’ve seen that men’s fashion week was nothing short but craziness.  This was the first year I was invited to my own shoes, and it wasn’t through my work so it was really exciting.  I also got to meet a lot of new people (S/o Asap Bari & Ricky Rick), and went to too many after parties that it has taken me a week to recover and I’m afraid my liver has left the building.  Although my phone was stolen halfway through the weekend, I have tried to document it all in pictures, as well as add in some outfit pics. So here is my night by night break through of the after parties I went to, and to keep up with my other after parties and summer back in the 6, add me on Snapchat or Instagram (veronica_vaduva).  There are lots of surprises coming very very soon!

This was at the club Salo which is located right next to Silencio in Paris. The vibe was very cool, and because this party was held directly after the showcase of the new collaboration, you could really get the streetwear vibe. Everything was very neutral and cool, so I would definitely expect to be seeing everyone wearing this this Fall/ Winter. As for the after party, the music was cool and the room was filled with hype beasts and edgy models. Definitley a really cool crowd, but due to the other “main event” of the night, people left quite early. 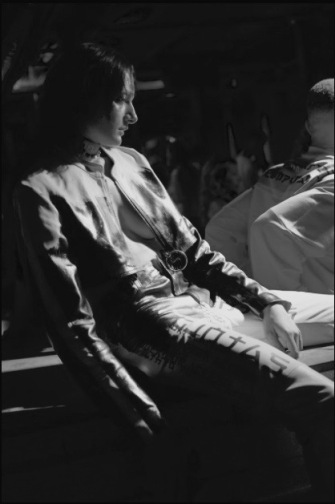 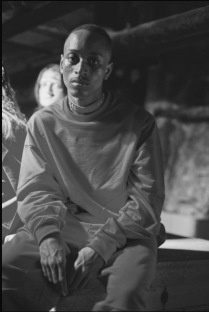 Every fashion week I also go to the Off White after party, and it truly never seems to disappoint. This one was held at Les Bains which is a really cool and beautiful underground club and hotel. This was the highlight of my fashion week. What was there? Virgil Djing and Heron Preston dancing on stage. All the cool kids were there, including my friends Ian Connor, Luka Sabbat, and their whole crowd. The music was a hip hop vibe, and it was absolutely packed. But everyone was so into the music and really into the vibe, that just made you feel like you were a part of the family. 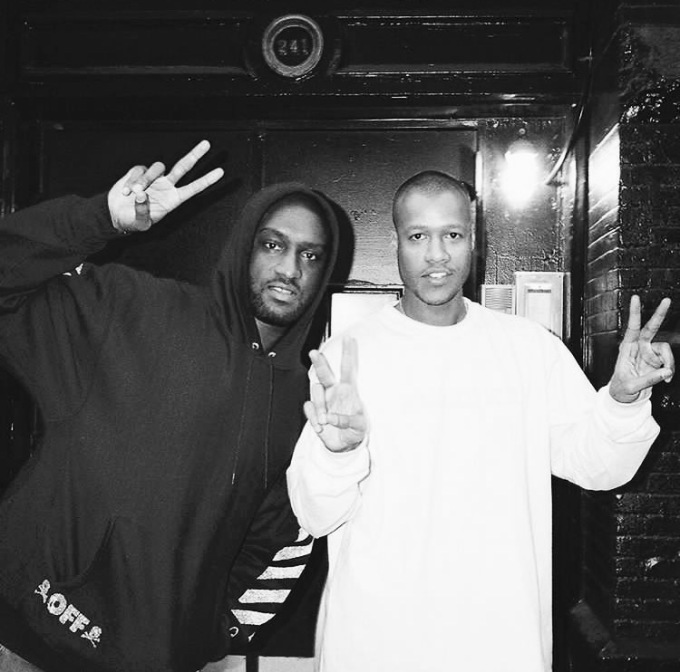 This party was more of a pre party to the party after, but it definitely was a good fix to VIP Room. Usually VIP is full with pretentious people and men over the age of 55, but this event was definitely packed with young people and really good music. Although most people didn’t stay too long because of the after party to this place, ASAP Rocky and his crew did show up which just goes to show how fun the event was.

This was held at the famous Le Pompon, which is of course my favourite club, seeing as I basically live there on weekends. It was very packed, but the music as always was amazing, and the crowd was a lot of young really cool people. The pigalle and PPP family go hand in hand, so everyone at Pompon was “Family Only” and that’s exactly what it felt like. 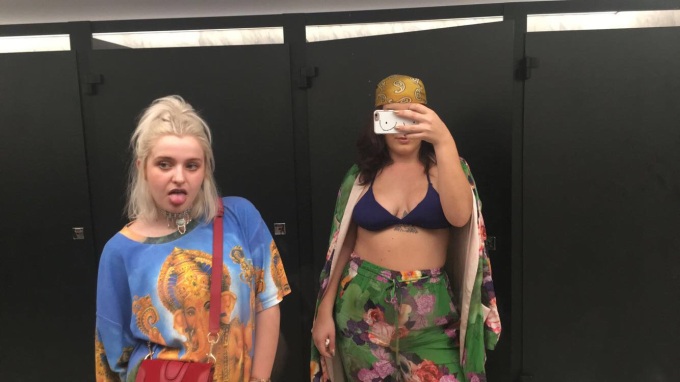 This night was really busy for me as I went to the legendary Travis Scott concert, but after headed straight to the Vlone After Party at Silencio. If you want to break into the after party scene I definitely recommend going to Silencio during fashion week. Although there is always a guest list, usually if you look good you’ll get in a few times. For closed parties like this you must be on the list, so when I went in and saw the star studded crowd it made sense why there were 300 people waiting outside. Everyone from ASAP Rocky (of course creative director ASAP Bari), and top model Bella Hadid were all there. Luckily I personally know ASAP Bari and a few of his models so being in the not so crowded stage area was definitely worth it because it was absolutely packed. 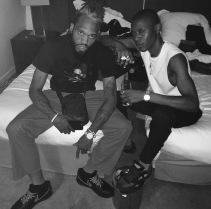 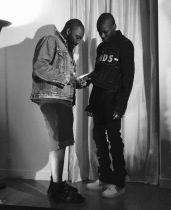 Another event at Pompon, this time hosted by the amazing Skepta. This was a mix of Kanye auto-tuned karaoke and Hip Hop music after. This was for sure the place to be if you wanted to meet some cool people from London, whether rappers or stylists. The crowd and music together made for an unforgettable night.

Another party held at Silencio, although this one was another high. The music featured some of the most well known Djs, and lots of Skepta’s London crew attended. It was definitely an amazing night and the vibe was amazing, although door was very strict and if you weren’t on guest list it was almost impossible to get in. The amount of people in the club, definitely justified the cool-ness of the party. Highlight: Dancing on stage with my good friend Ricky Rick.

This was for sure my favourite event of the whole week. As you may know, every year Pompon closes down for the summer and in September they open in a new location. So the new location is always very hard to find. This was the closing party for Pompon this year and it was the absolute perfect end of fashion week. Like the title of the event says, it was all the youth with really cool music. Celebrities like ASAP Bari and Ricky Rick were also there in VIP, surrounded by foreign girls and lots of drink pouring. 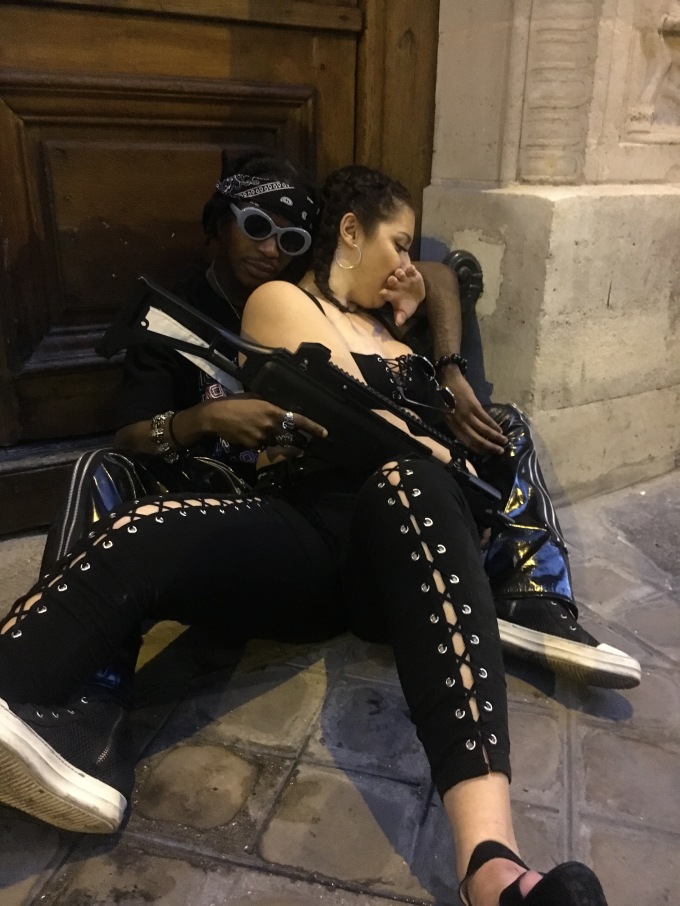 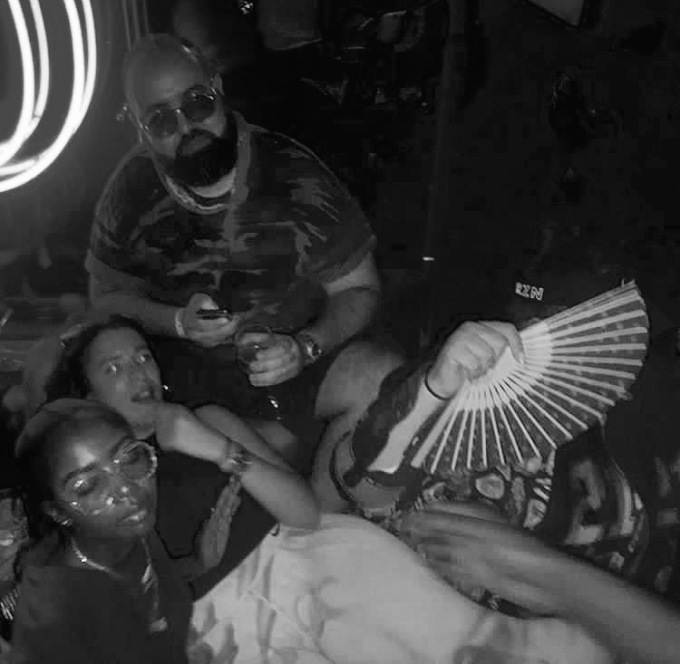 So I hope you guys enjoyed and sorry mom for my outfits! But I look forward to more parties and great memories back in the 6ix.  See you all in less than a week.